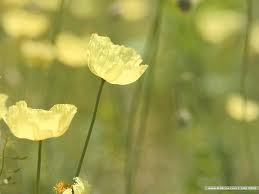 In my heart, there are few things more compelling that noble womanhood. I remember well a quote I heard many years ago, that came from a General Authority quite some years before:


“If God made man a “little lower than the angels” (Psalms 8:5), he must then have made women his very angels.” [Elder William Critchlow, Conference Report October 1965] 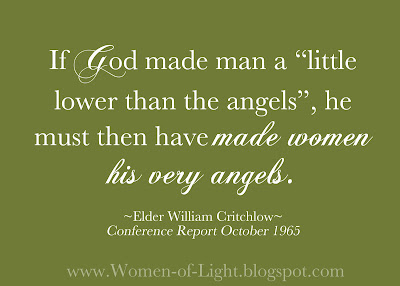 Having been raised by a woman who was true to her womanhood, enjoyed being a wife and mother, and lived as an example of “the believers” – with faith, grace, and strength, I learned early of the sanctity of the role of a woman.

Many in the world want to destroy the foundation of true womanhood. Many have no real idea of what that role is, anymore. Others have abandoned it, preferring to sup from the cup of worldly pursuits and gratification.

I was taught a few important things about Womanhood:

• No girl should sacrifice her self respect for popularity in the world
• Women who honor their role – different and distinct from that of a man – have power to serve, teach, and contribute in powerful, eternally affecting ways.
• Women, for the most part, have more sensitivity to things of the Spirit; and a desire to love righteousness innately within them. For this reason, they can influence men in ways of righteousness and goodness.
• Women naturally have a predisposition to charity; to love; to kindness; to Godly feelings and actions.
• Womanhood is a noble title. It is important for us – as young women – to grow into that nobility by choosing refining activities, thoughts, and feelings.

I’ve worked at these, and other points. I am still in process of “getting” it; of fully comprehending my role. I am so thankful [!] for experience, time, and good people who have shown me the way – and who continue to be an example. It’s a worthwhile pursuit to keep working at these points!


While I don’t know of any woman who is perfectly in sync with feeling that she’s up to grade [we women have ‘issues’ with self-worth and are too easy to compare our weaknesses to another woman’s strength. So we keep feeling like we come up short. Which is a shame, but that’s another writing, for another time], I have known many women who are stellar in their example.

My mother was one such woman. Through great difficulties and unbelievable physical hardships, she remained faithful and fiercely pleased with the blessing of being a woman who followed God.

Marjorie Pay Hinckley was an amazing example. She almost always had a smile on her face and a spring in her step. She brought optimism and a beautiful sense of humor to anyone who met her. She lived as a woman with purpose and a sense of understanding of the divinity of her role.

I think of Mother Eve every single day. She knew- full well- her position, and the necessary tools for completing her earthly mission. I am grateful for her.

There are so many important and good things we can do – we must do- as women living in the dispensation of the fullness of times. Mothers find great joy in teaching their own daughters – and others’ daughters- the beautiful ways they may follow the Savior. They show, by example, how to be his hands and eyes. Women can teach truths wherever they are, to whomever will listen.

There is so much counter-work going around in this mortal sphere. Someone needs to do the work of the Lord. Why not us? Why not now?

Women of courage, wisdom, and prayer can participate in miracles. Noble womanhood allows us each to be part of them. Like Elder Jeffrey R. Holland once said, “Not all angels on the other side of the veil.” I absolutely believe that!
Email ThisBlogThis!Share to TwitterShare to FacebookShare to Pinterest
Labels: Angels, Example, Faith, Grace, LDS, Mother, Sensitivity to Spirit, Wife, Womanhood, Women